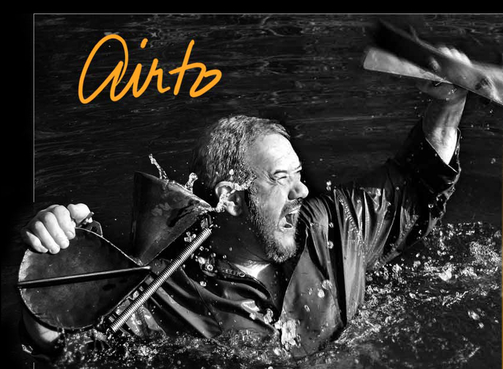 “Bucking tradition every step of the way…” – DRUM! Magazine

BACK by POPULAR DEMAND! Brazilian percussion mastermind Airto Moreira has made a mark on improvised music from jazz and Brazilian to fusion and beyond. His arrival on the New York City jazz scene in the late 60s resulted in DownBeat Magazine adding a Percussion Poll to their annual Readers and Critics Polls. Aside from work with Miles Davis during the trumpeter’s influential electric period, Airto was a member of Joe Zawinul’s Weather Report and Chick Corea’s Return to Forever project. His current group, Eyedentity, features his daughter DIANA PURIM on vocals, performing his unique blend of Afro-Brazilian, Samba, funk and jazz.
​Eyedentity is a multifaceted musical collective originally spawned in 1997 by Krishna and D. Booker with the help of producer, Rashid Duke. These three friends have known each other since childhood and have an enlightened sensitivity for each other’s work. With the new addition of Brazilian producer, Rafa Tudesco they are a powerful performing and production team, truly a force to be reckoned with.
Diana Booker (Diana Purim) is the daughter of Brazilian Jazz legends Flora Purim and Airto Moreira. Krishna is the son of Jazz bassist Walter Booker. He’ is also Herbie Hancock’s godson and Wayne Shorter’s nephew. Rashid is the son of pianist and producer George Duke. Eyedentity create an unprecedented gathering of the offspring of some of the greatest jazz musicians of our time. Like their elders, music is the common passion that turned these three friends into a family. Eyedentity performs a wide variety of styles such as hip-hop, trip-hop, acid jazz with funk, R&B, Afro-Brazilian and Latin influences causing the music to take some exciting journeys in its live medium. The lyrics are clean, unusual, socially conscious and supernatural but still manage to retain a light element of fun, inspiring their listeners to dance, sing along. and cheer wildly with applause.