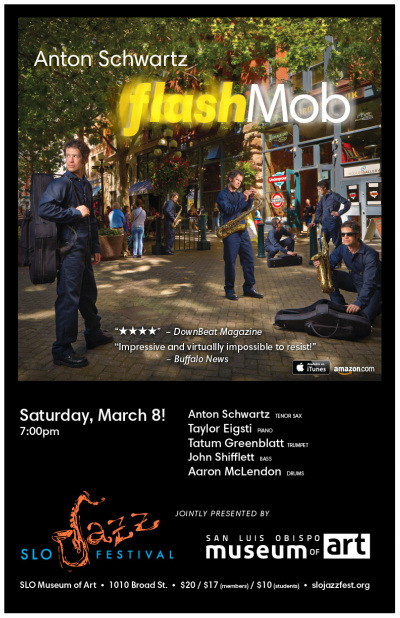 Tenor saxophonist Anton Schwartz continues to refine his composing and performing skills. A succinct tunesmith with a flair for accessible melodies that twist and turn in surprising ways, he is also a lyrical reedman with a gift for improvisation. He loves to change up grooves and moods from song to song, switching seamlessly from a New Orleans second line beat to a Monkish bop line, or to an Afro-Cuban groove, all the while demonstrating a genuine affinity for each. Schwartz’s riveting style balances equally between emotion, intellect, and intrigue. He celebrates the release of his fifth album, Flash Mob.

This show was a SOLD OUT success!

Thank you to Anton Schwartz and band for your wonderful performance.