THE PURPLE ONES: INSATIABLE TRIBUTE TO PRINCE

​A band that's making waves from SF Bay to Minneapolis, The Purple Ones -- while definitely bringing a "crossover" act to this year's jazz fest with their blend of pop, funk, and jazz -- sport a full horn section, keys, multiple lead singers, multiple guitarists, including Levi Seacer, who performed with Prince in New Power Generation from 1986 through 1993. The Purple Ones amazed and delighted our San Luis Obispo local crowd at Fall Fest this past year, and return for a special tribute to honor The Artist" a year after he passed away.
​His name was PRINCE... and he was FUNKY! 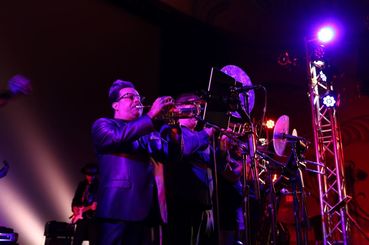 The Purple Ones is a labor of love that was born in 2012 when Bay Area based bandleader and founder, Morty Okin decided to focus all of his energy on building the greatest Prince tribute on the planet. Okin, previously the founder of "The New Morty Show” co-founder of the Michael Jackson tribute "Foreverland" and Neil Diamond tribute "Super Diamond" has a history of building shows that blow people's minds and get people dancing.

The Purple Ones have been selling out concert venues since their inception, growing a fan base over the years that includes long-time Prince devotees and newbies that are just discovering the icon. It is not uncommon for the band to be joined on stage by "Honorary Purple Ones" like celebrity "Super Fan," comedienne Margaret Cho and members of the artist's extended musical family, including renowned percussionist (and brother of Sheila E.) Juan Escovedo who toured the world with Prince in the 80's.
It seems the sky is the limit for The Purple Ones. In the wake of Prince's untimely passing, this group of funky pros are more determined than ever to honor his past by playing his hits, B-sides and deep cuts live in a world class show that is, in the words of Prince himself, "nothin' but a party!’

​For more information go to http://purpleones.com
"With Prince," Levi says, you tried everything. That's the biggest thing I learned from him over all those years. If it doesn't work you can always take it out, but if it does work...there's no limit." 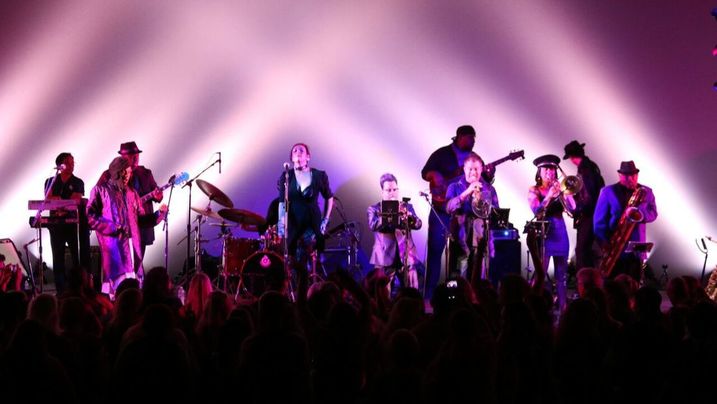