​​Peter Horvath's first solo recording, "Foreign Matter", has received enormous national contemporary jazz radio airplay. In its first week of release, it was the #1 most added recording to Gavin's Adult Alternative Chart and #2 most added to Radio & Record's NAC Chart.
"It's all strong and accessible...impressive stuff" Jazz Weekly / May, 2016

"Completely, unapologetically pulsating, the foundation is definitely hardcore jazz... a successful result when jazz and funk get going." AXS / April, 2016 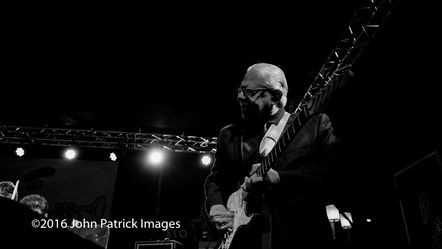 Contemporary jazz composer and guitarist Obiedo has had an eclectic musical background during his youth spent in the San Francisco Bay Area. The sounds of Miles Davis, Antonio Carlos Jobim, Henry Mancini and the popular sounds of Motown Records influenced his early musical persona. Probably the greatest influence on his embryonic career, however, was the James Brown revue, whose funky, percussive guitar sounds was the platform on which Obiedo built his technique.  He joined organist Johnny “Hammond” Smith on a U S tour in 1974, then ECM Records trombonist Julian Priester on his first European outing in 1977. A world tour in 1978-79 with jazz superstar Herbie Hancock is still one Ray’s most treasured musical memories.  Ray also started his long association with the great Pete Escovedo which we saw in person at the 2016 SLO Jazz Festival. In the mid 80s his reputation grew as one of California’s finest exponents of jazz, pop and fusion. His other outlet during this time was the pop-rock vehicle Rhythmus 21, wherein he worked with other prominent session musicians from the Bay Area. His own session experience is considerable, having partnered artists including Herbie Hancock, George Duke, Lou Rawls, Grover Washington Jr., Bill Summers, Brenda Russell,The Whispers and most currently Bob Mintzer’s Big Band and Peter Horvath. 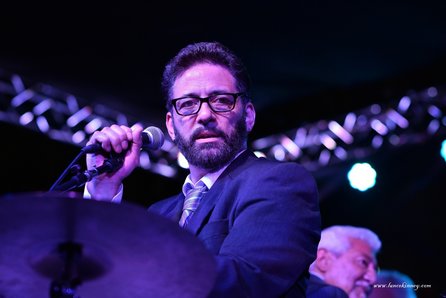